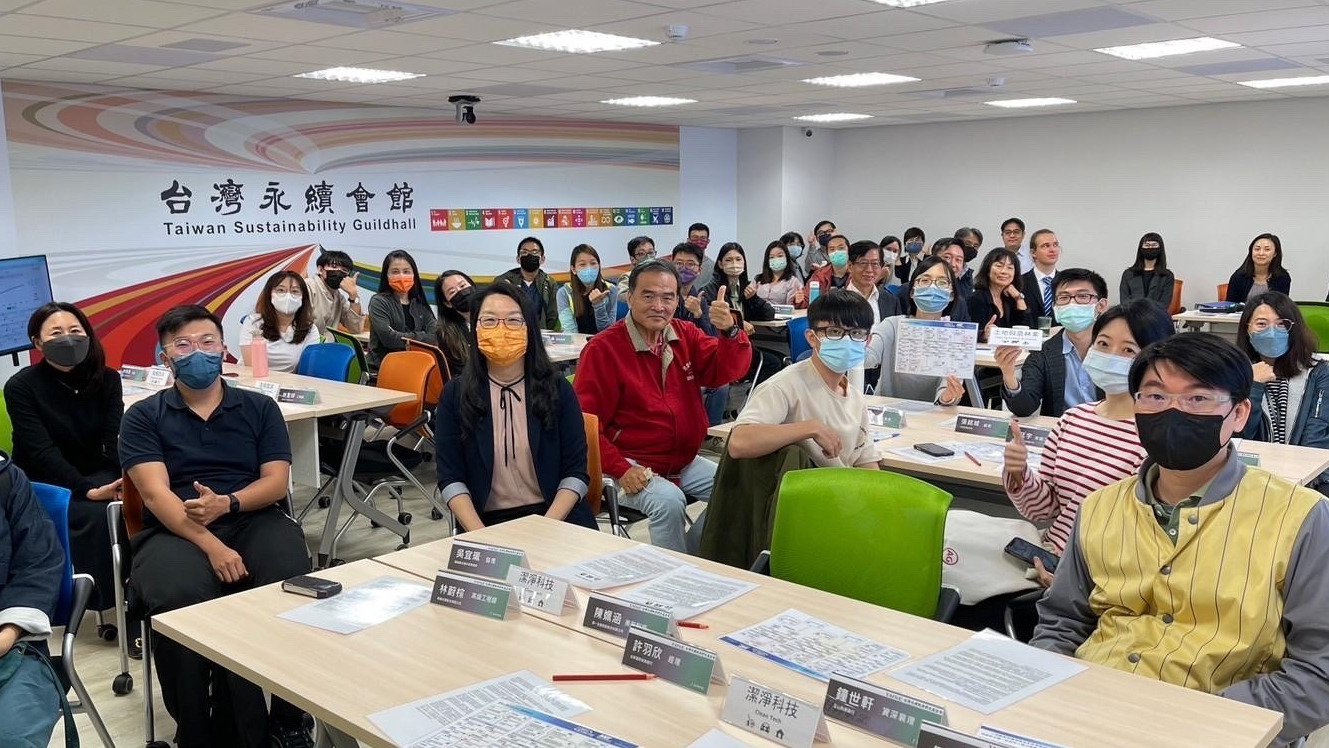 “Making,” “riding” or “getting hit” by the climate transition “wave” – Sharing the En-ROADS simulator with Taiwan’s industrial giants

Just before the start of this year’s UN Climate Change Conference COP27 in Egypt, the Taiwan Institute for Sustainable Energy (TAISE) convened a workshop for the members of Association of Taiwan Net Zero Emissions (ATNZE), hosted by SIMFO. Participants represented a wide range of organizations from accounting firms and banks to enterprises operating in major emitting industries, including aviation and petrochemicals.

Over the course of a three hour simulation, participants abandoned any personal stance they might have on climate action, as well as their roles as engineer, manager or consultant within a given company. Instead, they role-played one of six different stakeholder groups, representing special interests ranging from Conventional Energy to Climate Justice “Hawks.” After three rounds of mock negotiations, the participants succeeded in agreeing to a scenario that, based on the latest science and visualized by the En-ROADS climate simulation model, would allow society to collectively meet the goals of the Paris Agreement and limit global temperature increase to 1.9°C by the end of the century.

A survey of participants revealed that the majority of participants had initially believed that renewable energy technologies represented a “silver bullet” in addressing the climate crisis. But by the end of the workshop, there was a stronger understanding of the required technological interventions, including carbon pricing and negative emission technologies; the need for immediate action; and that there is time remaining in which humanity can take action to reach its climate goals.

En-ROADS stimulates groups of people into generative discussions about possible solutions to climate and equity issues. Once ignored by many corporations, the consequences caused by and costs associated with climate change have become too big to ignore any longer. The World Economic Forum recognizes climate related risks as the top threats for the short-, mid- and long-term – with the last timeframe being dominated by climate risks, occupying the top five and thus half of the challenges. Climate change is real, and it is already happening; the wave is forming.

Any company that responds with inaction in the face of climate threats not only faces actual supply chain risks, but is also likely to experience disruptions to their business through innovations of competitors or policy changes, like pricing of externalities. They will get hit by the wave of change.